Growth Rate of Population: This is the difference between population represented in percentage.

Natural Growth of Population: It is the population grown by the difference between deaths and births in a certain region between two points of time.

Positive Growth of Population: It happens when the birth rate is higher than the death rate between two points of period or when people from other nations migrate permanently to a country.

Negative Growth of Population: If the population declines between two points of time it is called negative growth of population. It happens when the birth rate drops below the death rate, or people move to other nations.

There are three elements of population change – births, deaths and migration. The crude birth rate (CBR) is represented as the number of births (live) in a year per thousand of population. It is estimated as:

Bi = live births during the year

P=Mid year population of the area.

Death rate performs a vital role in population change. Population growth happens not only by rising births rate but also due to the declining death rate.

CDR is a simplistic approach to estimating the mortality of any area. CDR is represented in terms of the number of deaths in a particular year per thousand of the population in a certain area.

CDR is calculated as: 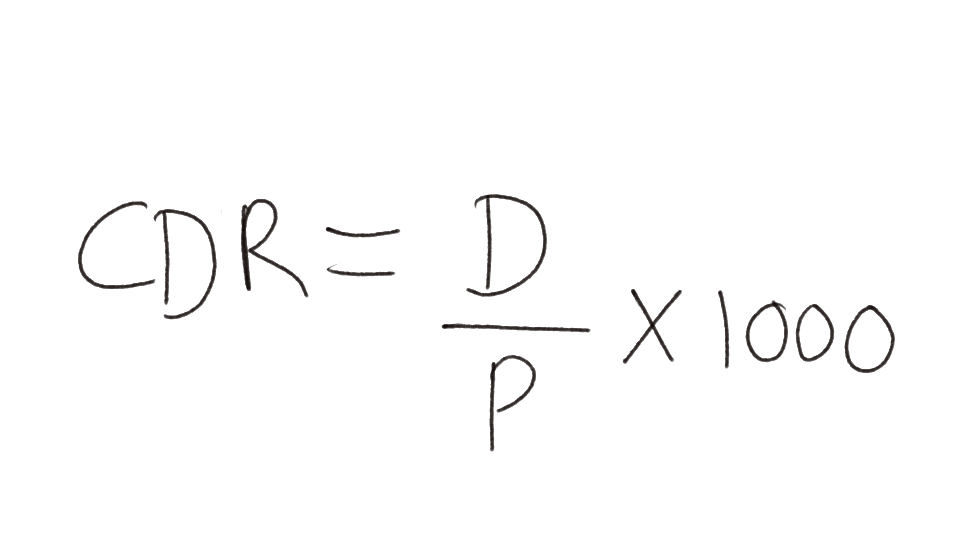 By and large mortality rates are influenced by the region’s demographic composition, social progress and levels of its economic expansion.

Migration may be deciphered as a spontaneous attempt to achieve a better balance between resources and population.

Do you recognise that the same individual is both an immigrant and an emigrant?

Immigration: Migrants who shift to a new place is called Immigrants.

Emigration: Migrants who move out of the place is called Emigrants.

People migrate for better financial and social life. There are two factors that control migration:

The population on earth has increased to more than seven billion. It has grown to this extent over centuries.

In the early periods’ population of the world increased very slowly. It is only during the latest century that the population has risen at a dangerous rate.

After the development and introduction of agriculture about 12,000 to 8,000 years ago, the size of the population was modest – approximately 8 million. In the Ist century A.D., it was under 300 million. The expanding world commerce during the 16th and 17th century set the stage for fast population growth. Around 1750, at the advent of the Industrial Revolution, the world population reached around550 million. World population erupted drastically in the 18th century after the Industrial Revolution. Technological progress accomplished so far assisted in the lowering of birth rate and presented a stage for accelerated population growth. 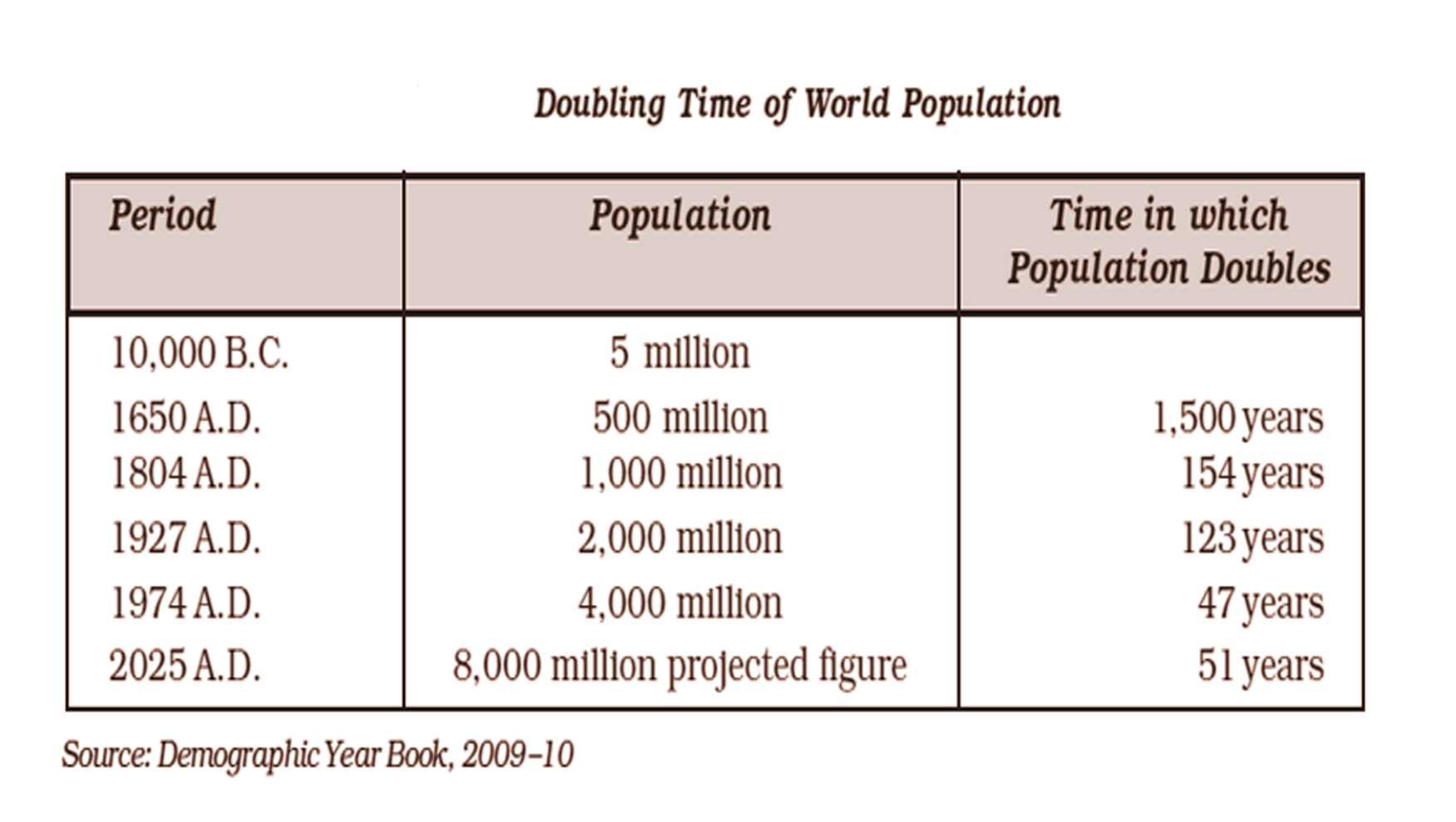 It took around a million years for the human to achieve the one billion mark. But in only 12 years it rose from 5 billion to 6 billion.

Population growth in various parts of the world can be analysed. The growth of the population is moderate in developed countries as compared to developing countries. There is a negative relationship between economic growth and population growth. 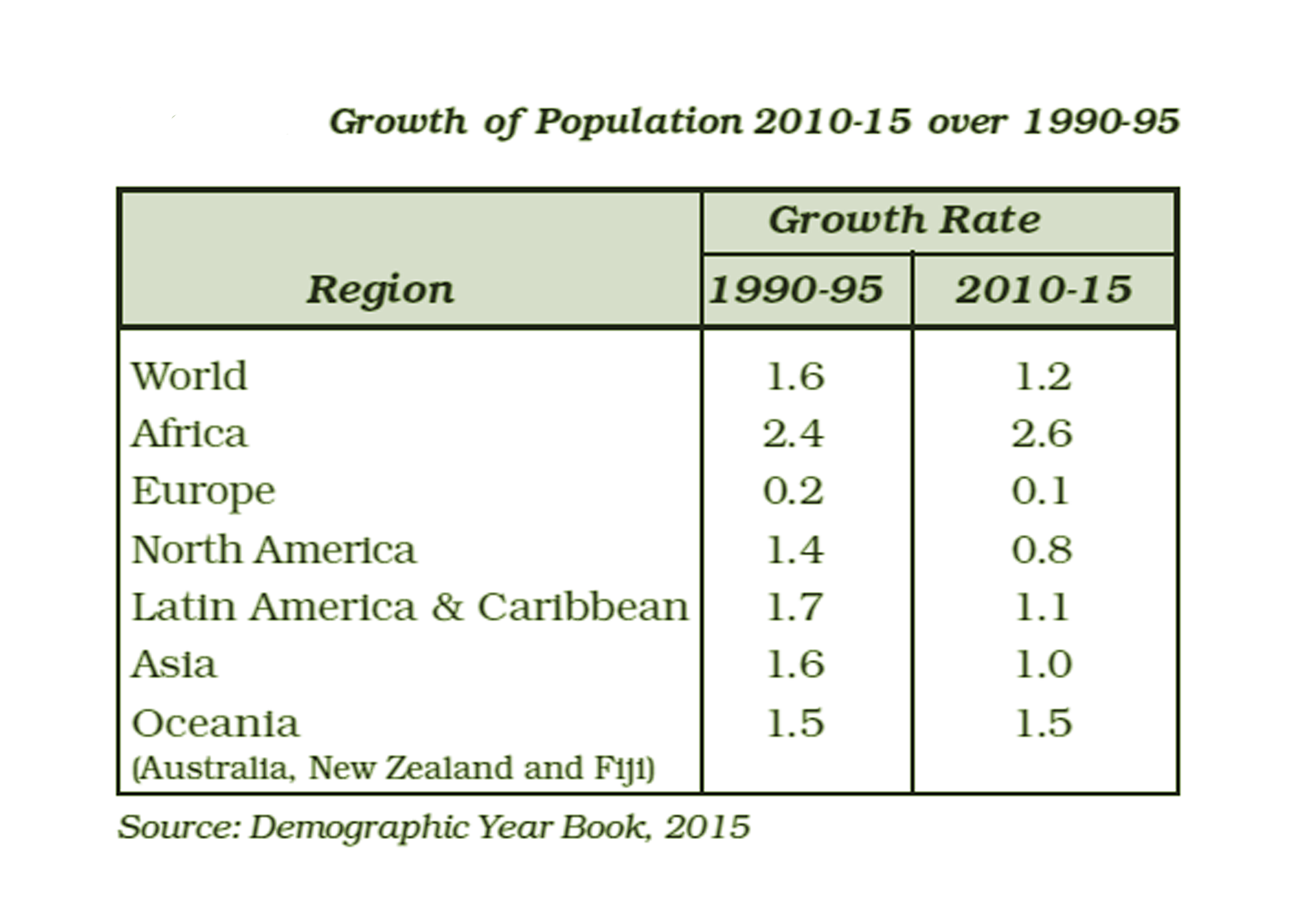 Although the yearly rate of population change (1.07 per cent) seems to be low, it is actually not so. This is because:

A modest increase in population is welcome in a flourishing economy. However, population growth beyond a certain level heads to problems. Of these, the exhaustion of resources is the most serious. Population drop is also a matter of concern. It intimates that resources that had sustained a population earlier are now inadequate to support the population.

The fatal HIV/AIDS epidemics in Africa and some parts of the Asia and Commonwealth of Independent States (CIS) have forced up death rates and decreased average life expectancy. This has reduced population growth.

Demographic transition theory can be used to explain and forecast the future population of any area. The theory tells us that the population of any area changes from high deaths and high births to low deaths and low births as society advances from a rural agrarian and uneducated to urban industrial and educated society. These shifts transpire in stages which are collectively known as the demographic cycle. 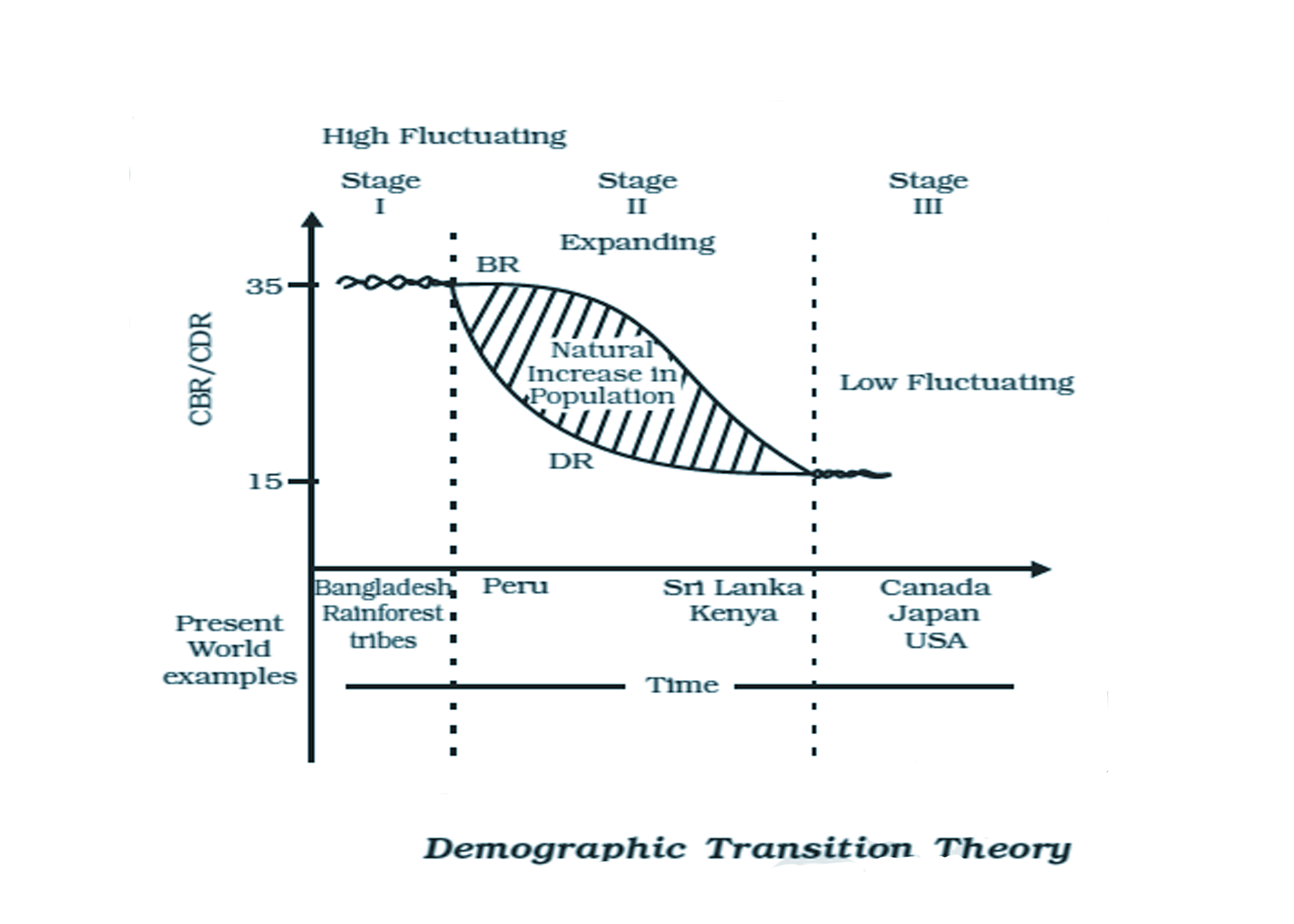 Family planning is the spacing or limiting the birth of children. Access to family planning service is an important factor in checking population growth and enhancing women’s health. Advertisement, free availability of contraceptives and tax disincentives for large families are some of the measures which can help population control.

Thomas Malthus in his theory (1798) asserted that the number of people would rise faster than the food supply. Any further expansion would result in a population crash induced by famine, disease and war. The precautionary checks are better than physical checks. If we want to sustain our resources, the world will have to check the rapid population expansion.