The mechanism of humid erosion

Humid erosion involves the entire aspects of shaping the effects of running water from the activities of rainwater to that of the rivers.

The movement of water and the material depends on:

The processes of river action

According to estimates, for every square kilometre of the earth surface, around 200 tons of material in the form of a suspension and 50 tons in form of the solution are being carried off by running water every year. Half of the area of the U.S.A is drained by Mississippi River, takes away more than two million tons of eroded material into the Gulf of Mexico daily. This leads to the lowering of river basins. River Irrawaddy that is located in Myanmar lowers its drainage basin by about 0.5 meters in every 400 years.

During floods, the material carried by river doubles which is why the colour of the river looks muddy during a flood.

The ability of the river to carry material depends largely on:

If you double the velocity of the river, the transporting power increases at least tenfold which is why the movement of even large boulders is seen during floods. Also, the movement of the seasonal rivers is intermittent. It does not remain equally active at all year round. It is most active during the rainy season.

The process of erosion and transportation goes on simultaneously in rivers comprising of the processes given below:

The course of the river

It is categorised into three distinct parts: 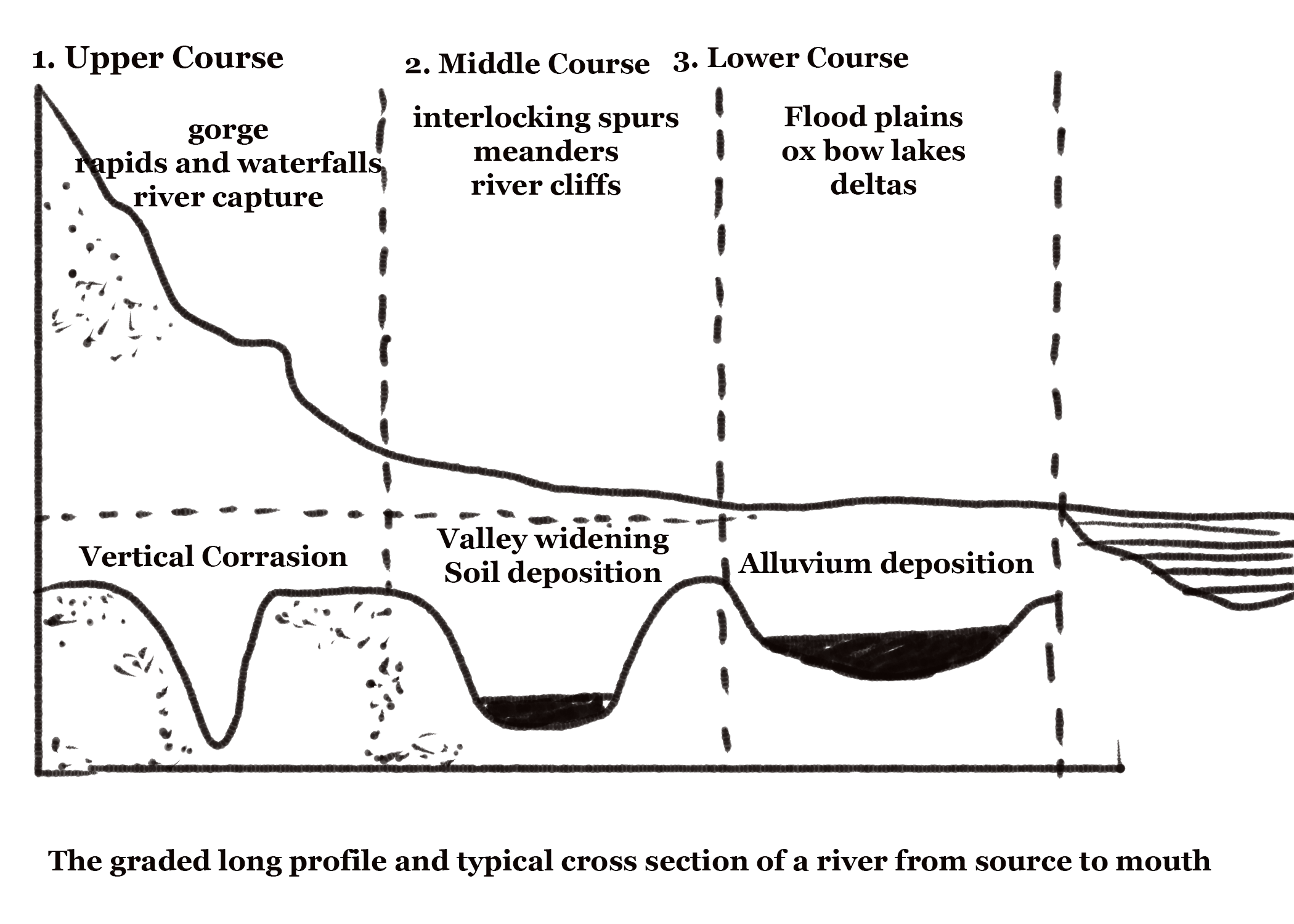