Change in agriculture is not something that we refer to differences in 100 years ago and today’s modernized techniques. Agriculture is dynamic process. It  is changing everyday. The changes could be in the form of small decisions by a farmers to where, how and when to cultivate the next crop. The change is happening all over the world due to numerous factors but the most commons reasons are –

How agriculture has changed?

During 90s, the availability of arable land was quite significant, as were the number of population involved in the farming. However, as the world became more modernized and technologically advanced, the amount of land kept aside for farming purposes saw a steep decline in the population who chose to live the farmer’s life.

According to an estimate, presently 2 percent of the population of the world is involved in agriculture producing food to serve the need of the world. The food yields have tremendously increased over the last century due to dynamic changes in the lifestyle of the people.

Innovation in the field of agriculture picked up the pace after the end of World War II. The dependence on machines increased and highly efficient tractors were now used instead of animals to plough the land, thus saving effort and time. Around 1940 one farmer if one farmer feed 20 people, with the use of technology, the same farmer was feeding more than 155 people with less time and effort. Even in animal farming the role of technology has made incubation of eggs, milking of cows, shearing of wool much easier than before. 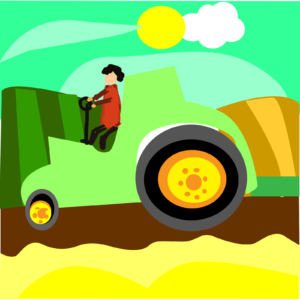 Plant and animal breeding has gone through enormous change over the past 100 years. A single cell can now be used to create hundreds of plantlets and a single cell is also induced to breed animals. An increased focus on the diet, nutrition and sheltering prevent diseases which leads to higher yields and more quantity of food and dairy products. 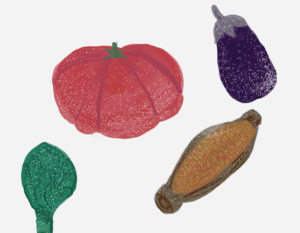 Seeds are improvised and new animals are hybridized to form new and better generations with the help of biotechnology. Biotechnology has improved the face of agriculture and has made farming a better and profitable source of income than it was a few decades ago. Even crops are induced to grow better grains and are fortified with many essential nutritional qualities to serve the nutritional need of the population. Also, these new breeds can withstand harsh climatic conditions thus reducing the chances of low outputs. A variety of crop can be planted on the same land resulting in different kinds of foods.

The changes in the field of agriculture are extremely critical for the ever increasing population of the world.

Green Revolution in 1960 turned the face of agriculture. Green revolution brought a big change in agriculture of countries like India and Indonesia. High yield variety of seeds and irrigation techniques were responsible for increase in the production of crops especially rice even in non- native areas of the country.

Note – First high yield rice that was used in Philippines was IR-8, also known as miracle rice, doubled the output.